MAINE COONS have a unique physiology, which is characteristic only of this breed. Due to the rarely occurring combination of impressive sizes and good character Maine Coons earned a steady reputation of «affectionate giants». Below are 10 facts about external characteristics.

Maine Coon tail is equal to the length of its trunk and reaches up to the shoulder blades.

An adult physically healthy Maine Coon weighs up to 12 kilograms (more is usually a sign of obesity).

Maine Coons have a unique wool cover that will save them from cold and heat in equal measure. Moreover, Maine Coon’s wool is to a les extent littered with lumps than in representatives of other breeds. By the way, Maine Coon’s fur also has waterproof characteristics.

Brushes often adorn Maine Coon ears, but are not a mandatory sign of belonging to the breed, as many people think.

The Maine Coon’s muzzle always has a «hall» — the transition between the forehead and the nose in the profile and the «box» square full face.

Maine Coon can grow up to 2 – 3 years, and completely the body of a representative of this breed is formed on the 4 – 5th year of life.

Individual class-descriptive lines of the Maine Coon breed have a specific structure of the trunk in the abdominal part. In the profile, you can see a small bag resembling the rudiments of the beer belly in men or the initial stage of «interesting position» in women.

Individual Maine Coons exemplars have 6 fingers on their paws. It is always representatives of the PET class, as according to the rules of classification of the breed in modern Maine Coons, this thing shouldn’t be, and such cats are never used for breeding. Therefore now it is a rare rudimentary sign. However, at the stage of origin formation and living in the wild nature, such «snowmobile» paws were very common among Maine Coons.

Maine Coon’s look seemed so attractive to the creators of the Harry Potter film that the directors involved three Maine Coon cat: two male cats and a female kitty.

Also considering that the representative of the Maine Coon breed for a long time was the oldest cat in the world. But since the Velvet cat from Oregon, who lived to the age of 27, was a Maine Coon in half, then this achievement can only be included on the list of interesting facts about Maine Coons. Nevertheless, this fact further confirms the vitality of Maine Coons. 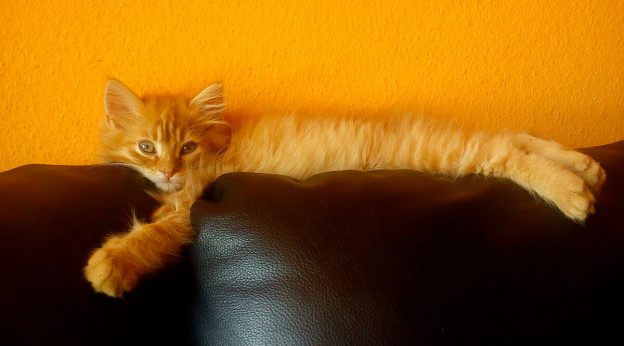 How to choose the Maine Coon kitten?

If you want a kitten of Maine Coon breed, it's more correct to formulate the 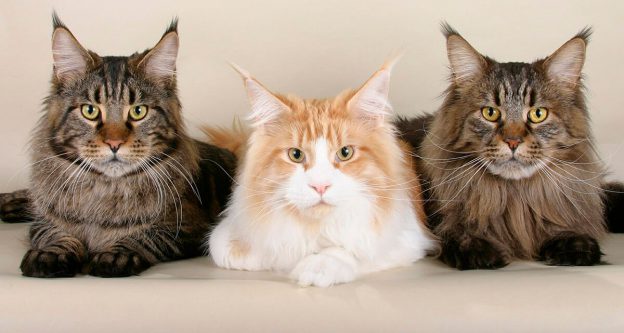 MAINE COONS have a unique physiology, which is characteristic only of this breed. Due to